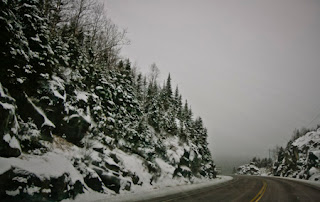 [ I will begin by saying that I started writing this post in early April 2010]
This post is a little overdue I would say, considering we have been in Kelowna now for almost two weeks. I wanted to share some facts and photos about the drive we (myself and my girlfriend) made out to our new home of Kelowna BC. Our chariot was to be my girlfriends trusty windstar, nicknamed "Vana White" (its white) and it served us well.

So to start, here are the numbers: We covered a total of 4,145km over a period of 40h driving time - that put our average speed somewhere near 98km/h. Now try photo-documenting a journey at that speed.  It certainly made for a new style of photos, and some creative compositions. Perhaps in the future I will even compile a portfolio of pictures taken ONLY while moving at +100km/h

More after the jump, or just check out: Facebook Gallery of the Trip if you want to skip all the 'written words' and get straight to the 'moving pictures' 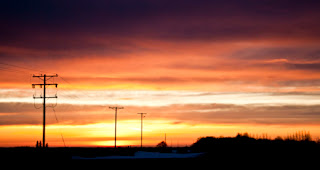 We began on March 22nd 2010, in Kitchener, Ontario, when AMJ Campbell came to our apartment in Kitchener, to pick up our belongings. Free of our belongings, and a home, life on the road began! The five days that followed were spent running around Ontario, and visiting friends and family.

Leaving from 12 Mile Bay outside of Parry Sound, Ontario on March 27th - we were officially on our way! Armed with GPS, two DSLRs riding shotgun, a video camera, and a cooler full of sustenance within arm's reach.  Our plan was to do 5 am starts most days and stop driving at dusk. It helped out with the tiredness factors your looking at with 9-13 hour days in the car. 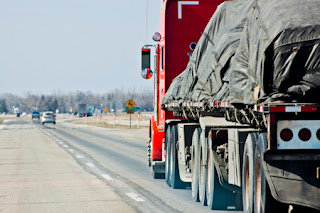 By the evening of the first day ( 13 hours later) we reached out destination in Thunder Bay, Ontario. We had a good friend in the area and doubled as a good excuse to make a visit. We saw what would be the worst weather of the trip on this day when we got North of Lake Superior. Snow was blowing across the road with maybe 50' of visibility.

Missed Photo Opportunity: Seeing a road sign with the largest marked distance I have ever seen! 690km to Thunder Bay the first sign read. Unfortunately I missed the one about 100 km later and only got the 480km sign - at which point the impact was lost.. I WILL get a photo of that sign.

March 28th had us entering Manitoba, and switching our first time zone!  For some reason I enjoyed crossing the time zones, felt like I was making up for lost time somehow. Oddly enough, almost every time zone we crossed was done in the early morning. If we left at 6am local time, and sunset was at 0640, we usually had to drive almost two hours before we saw it peeking up in the rear view mirrors.

I knew this trip would be my first time through the Prairies, and let me tell you for those who haven't been ; its flat. As incredible as flat can be - it is incredibly flat. At one point I estimated to be able to see cars about 8 km ahead on the road, using some landmarks as a guide.  We saw Winnipeg from the Perimeter Highway and I think that pretty much sum's up day 2 to the point of arriving in Brandon MB for the night.

Day 3, Onwards to Calgary. It felt like this would be the last leg of the journey, arriving in what was like hometurf only a year ago, and still many friends to see in the area. It was a lot to look forward to. Not to mention, knowing the best places to eat.  Calgary wasn't coming yet, first I had to witness my first Prairie Sunrise, and it was gorgeous. If I could tolerate an extended leave in the Prairies, it would be because of the sunrise I saw.  The only time on our trip, we stopped solely to take pictures and some video. This was our roadside view on the Trans-Canada Highway.

We arrived in Calgary early that afternoon, we met up with friends / arrived at our accommodations for the night.  It was the first day that felt like we could really relax. We enjoyed a good meal, time with old friends, and that feeling you get when you lost all the money you had to spend, at the casino.

Day 4, We let ourselves sleep in, at least until after the sun rose.  It was going to be another short driving day, onward to Lake Louise. We would be staying in our old staff accommodations, riding our home mountain, drinking at our old pub, it felt like I was returning home.  It was all around a good day, got some photos around the Lake again, as if I didn't have enough already! 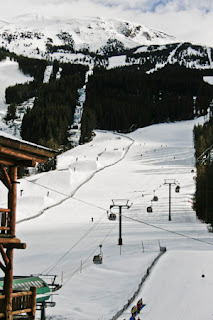 Day 5, Time to strap on the snowboards. Why else would we have had them taking up space in the van?  It was a great day on the snow, only the second one all season after being in Ontario. Even in a bad season, by March, I would have 40-50 days on the hill.

We made our game-time decision after the ski hill to make the final push. We were likely a little eager to officially end the road trip finally, and then return back to Lake Louise when we were able to. In retrospect, maybe we should have stayed that extra day since its May 20th now, and still haven't returned)

We arrived in Kelowna shortly before sunset on Day 5, got the keys to our apartment, and so the roadtrip was finished.  Maybe next time it will be in a limo, with a sunroof.
drive kelowna kitchener move road-trip trans-canada travel trip