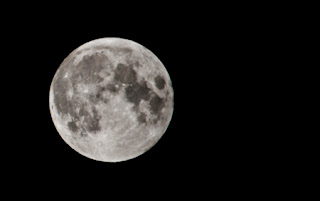 So if you remember my Astrophotography Post from a few weeks back, I finally have a clear product to offer. For photography of the cosmos, the moon makes a relatively easy subject.Extremely large, with lots of sharp, fine details.

Keep reading after the jump for a photo of the partial lunar eclipse from June 26, 2010 as well as information on how I managed to set these shots up.


Firstly, these moon photos were made using my telescope using the least consistent, and cheapest way you can shoot through a telescope. I am awaiting more specialized equipment ordered online soon. Anyone with a telescope and an SLR with Tripod can create a photo like this one. 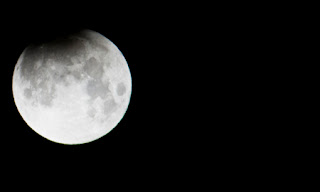 I was using ISO400 @ 1/125" on my Rebel XTi Body and a 470mm Bushnell Refractor Telescope with a 60mm diameter up front.Relatively basic in the way of telescopes for astrophotography.

The second photo above was from the partial eclipse of the moon on June 26th, 2010. It was 340am PT when this photo was taken, and the eclipse had just started. Climax of 57% (shadow coverage) was not for another hour. So this was my last photo of the night.  There is another eclipse visible in both North and South America coming later this year in December.
astronomy dark lunar moon night sky photography telescope