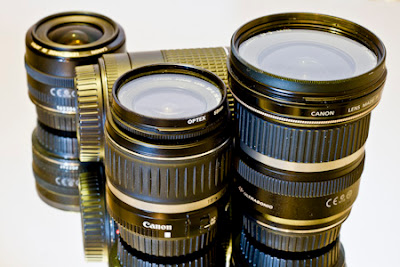 Nobody likes when it happens.  Sometimes it can be costly, othertimes, not so much! Too bad you will never know when its going to happen.


Breaking your gear. Nobody really likes to talk about it, but I should pay tribute to those wounded in battle, and some still going out for tours of duty.  A lot of the time it happens when shooting outdoors. Which when you dont have a consistent studio space to shoot in, tends to be where I take a lot of photos.  Mostly lighting gear too.

Umbrellas - I don't think there is any other piece of equipment more suceptible to the elements than an umbrella, surprisingly, since people sometimes use them as protection from the elements. If I had a great photo for every time my umbrella has been knocked over by the wind, I would just keep buying new ones. So I do. Usually inexpensive, pretty much "best case scenario" for equipment breakage.

Pocket Wizards - Unfortunately these lil guys cost $200 each when I was stocking up on them. Only two have broke. Both on the shoe mount at the bottom. One was repaired with a pair of tweezers and a heft dose of super glue. The other is an amputee, its extremities were never located on the battlefield. It serves modified duty as the radio slave to the most busted flash I have.

Vivitar 285HV - again with the hot shoe breaking. seems to be my common trend. This one underwent surgery and resembles frankenstein now. The sync cord is super-glued in place. A cold shoe was super-glued to the flash's partial hotshoe, duct taped completely. and then a standard stud superglued into the cold shoe. It has become my 'combat' flash these days. This flash drops straight into umbrella mounts, but unfortunately will never be seen on top of a camera shoe mount again.


Canon E-TTL Cord - had a 580ex on it, and then in turn was in an umbrella mount. moved my arm holding this umbrella mount / flash / cable system too quickly and it sheared right off.. fortunately it was a clean break and was reattached with a healthy dose of superglue.


I can't quite remember why I started writing this post back in August. I probably broke something that week. I just figured it was about time I finished it. Fact of the matter is; you are always going to break gear. With a little luck, it wont be at an inconvenient time, nor will it be some of your higher priced equipment. So take care of your gear, but don't baby it to the point where you miss the shot for your equipments sake!
broken damage durability equipment gear pocket wizard umbrella