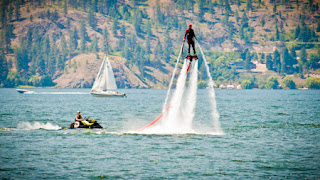 I had the opportunity to photograph the first ever "keloha" festival in Kelowna, BC, this last weekend. Taking place a full month before the city's Center of Gravity Festival which is also a Wet Ape production I was able to photograph last year.  Hit the link for more on the event! 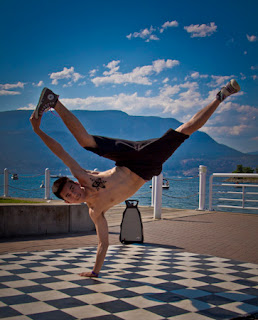 There were a variety of local, Canadian, and International acts performing at the festivals two stages - one on the "Sandbar" beside the beer garden, and the other at the permanent "island" stage and grassy amphitheatre a short walk away. 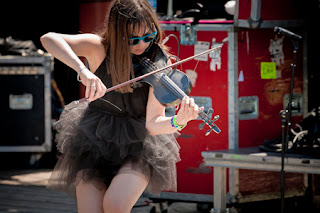 The acts included, in the order I saw them; The Limousines,  Graffiti6, and Tokyo Police Club closing the first, short Friday. Kytami, The Boom Booms, The Pack  AD, illScarlett, Dirty Radio, The Dudes, The Joy Formidable, and Cold War Kids on the second, long hot Saturday in the sun. The third and final day started with Kelowna's Devon Coyote backed up by the also local Malibu Knights, followed by Acres of Lions, Michael Bernard Fitzgerald, Jon & Roy, Shout Out Out Out, Said the Whale, Hey Ocean, Dan Mangan, the Sheepdogs and closing with AWOLNATION. 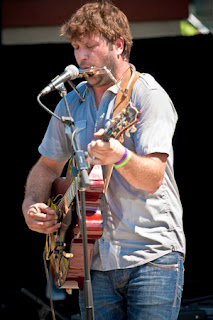 To be honest, I hadn't heard of too many of the artists before this weekend, but I am also not super-current on music. Since Keloha this weekend, the only tracks I've been able to listen to are the ones I heard during the artist's live sets, replaying them constantly while I work away at the photos I captured of them.  Just before the festival I made a youtube playlist of a track from each artist at Keloha. 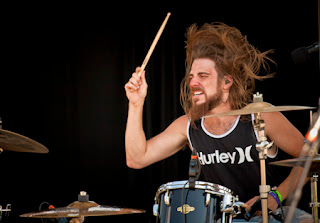 There was also a graffiti wall being built on the second day.  With no convenient place to leave a gopro on a tripod with a full view of the wall and guaranteed to be untouched over the course of hours it will take to prepare, I had to settle for about an hour - between being kicked out of the media pit from one act and getting back in for the next. Youtube link for the time-lapse video with a few stills of the wall at various stages of completion.  It's a minute long - let it load in 1080p for best effect. 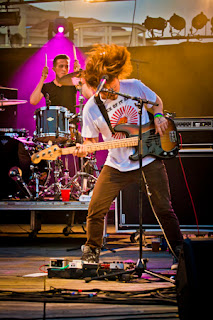 With the entire event going off without any serious incidents, I'd think that many are favoring the idea of Keloha making a return for 2013, I know I am.  I may have just found a new interest in concert photography (as if I needed something else to enjoy photographing :P ). 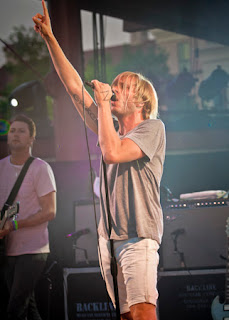 A future post may include a little information on my camera arrangement throughout the course of this festival, challenged by the harsh midday light, as well as some challenges I wasn't prepared for with shooting live music.  Depending on whether or not I find the time for it.  I got to this one today because I had a photoshoot cancel.

Link to facebook album of photos from this post, and more as they become available in the future.