Toys for the Adventure Photographer 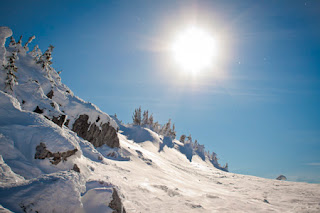 I had a phenomenal day at Big White Ski Resort, just outside of Kelowna on this beautiful sunny Sunday. In the process, I had the opportunity to try out a few new toys, all of which could prove very useful to adventurers, travellers, athletes and photographers alike.

I'll explain the tools I used, and then the information I was able to extrapolate from their use.

Firstly, I got a Blackberry Smartphone in October 2011, So I've been having a little fun with that. One of the apps I found for it is called "GPSed" (the free version); which basically is a GPS receiver that will record any track that you are currently recording. So, while I was at the ski hill for the day, I had it on record for the entire time.
When I got home, I transferred this track in ".GPX" file extension onto my MacPro, and then searched the app store for something that can open it. Conveniently, I came across an app called "Garmin BaseCamp" (another free version).
From the Garmin program, I found if I 'right-clicked' on the track for that day, I had the option to send to "Google Earth" - SOUNDS COOL - download it via google.com. And now, I take these tracks from Garmin and Google Earth can play them as a tour.
My next step with my new utilities would be to take you on the tour, via embedded google earth APIs in your web browser, or recorded and played via my YouTube channel. So that is on the way.
So you know what I used, now how about the information I get from it?

Well on my phone, before I even get home, or finish recording a track, I can see my instantaneous speed, the distance I've travelled, my maximum speed of the day, elevation and the like. All very cool and can be very useful in the right situations. 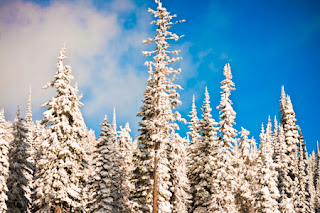 When I get home and plug the track into Garmin Basecamp, I can break down each waypoint (2 hours of riding had about 1000 of them) with a time stamp, and latitude/longitude coordinates. So let's say I know from my camera's EXIF data that picture _MG-9849.CR2 was created at 11:49:54am, all I have to do is grab the lat/long from the waypoint with the same or closest timestamp. Never forget where that awesome drop with the sweet angle is again!

Google earth will also display the elevation profile for a given track. Garmin does the same, although google displays it better, and they also throw in one more awesome tidbit of information for gravity sport enthusiasts - slope angle! Very cool. Are you ever on the mountain and wonder just HOW steep the terrain you're on really is? You'll know now!

For instance, I will give you some tidbits of information from today, and a couple screenshots.

Please let me know if this information was helpful! Thank you, and visit www.cgardiner.ca

Would you like a poster sized print of the image at the top of this post? Buy "Sunny Sunday" Art Print by Chris Gardiner online, here from only $22!


UPDATE FEB 17th 2012: I've figured out how to screen capture video, and so I've put together a video tour with photo and video, and voiceover explanation / background info.
If you came to read this post after seeing the YouTube video first; Thanks for stopping by!
Here is the link to video:
Link to GPS-Photo-Video Tour of Big White Ski Resort
and video embedded ::