I never would have guessed how much I was going to enjoy 3D modelling. Actually, cooking and photography were both the same start for me - this surprising onset of a desire for total immersion in the subject..

Read on for some info about how I did it, and the other models I rendered before I managed to render this version of my Wacom Intuos Pro Tablet.

So I've been spending some of my free time learning how to do 3D modelling. It's quite addictive. I started out by downloading some free models and taking them apart to learn the components - sort of like what I did with my broken radios, walkie talkies and other electronics as a kid.

Just yesterday I learned how to UV Map something and it has been a very steep upward climb on the learning curve ever since. This represents the first real object I've made since that 'turning point'.
The challenge with modelling my Wacom Intuos tablet shown above, was making the drawing surface a different level of shininess to the rest of the tablet… its all baby steps...
Blender is totally free and open source software - so anyone can learn it. It doesn't stop at making stills frames like this - you can animate with it and it has a game engine built in apparently - which I don't understand, and maybe one day I'll be 3D printing objects instead of photos on paper.
For me, I have two main short term goals related to the 3D Modelling;
One involves making a photorealistic object that I can blend seamlessly into a real photo I've taken, allowing me to do something I couldn't have done otherwise, all while having it look real. Don't worry - I am all about accurate representation of the facts, so when I've made a photo from digital trickery, I'll be sure to let you know!
Two is revolving around my real estate photo service offering, producing 3 dimensional floor plans of the properties I shoot, which I can do a number of very interesting this with for prospective real estate buyers on the internet.

Ok, this was my first real UV Mapped object. I attempted at a 'brushed steel' kind of look, not quite there yet. But an overall success in the fact that I was able to make the grain go up and down along the edges, and radial on the top face.. Like I said. Baby steps. The good thing about 3D assets is you can return to them whenever you want and put whatever you want into them, or use them as part of bigger projects. 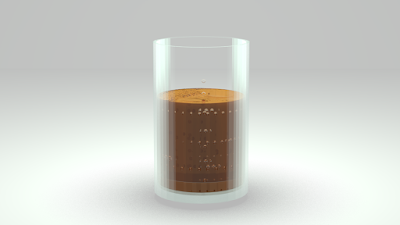 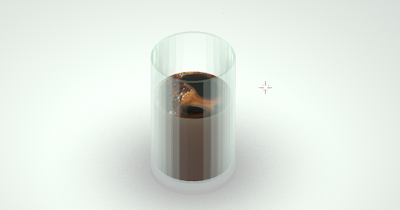 This was another attempt from yesterday. I wanted to take a stab at making glass, and also making a liquid that was semi-transparent. I UV mapped the image of the coffee onto the liquid, which started off originally as a soda - can you see the bubbles in the first picture? I decided to leave it for the time being after the mis-matched colour of coffee on top wasn't matching the colour of coffee/soda on the sides. I can always return to it later. 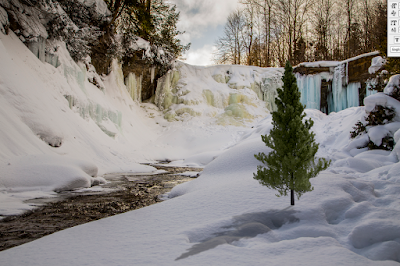 This was me testing out how well camera settings translated into blender settings - I put in the sensor size, my lens focal length for the camera, and then estimated the distance to where I wanted the tree to be placed. I didn't build the tree myself, that was a free model. I put the shadow in photoshop after the export from Blender. When I do it for real, with one of my own models that isn't just a test, I will be making a more accurate shadow for sure - look how hard the shadow is for such soft lighting in the landscape…grrr! Also, masking out backgrounds in photoshop kinda sucks, so after I made this tree and having to mask out a grey background, I learned how to render with a transparent/alpha background - always helpful for compositing! 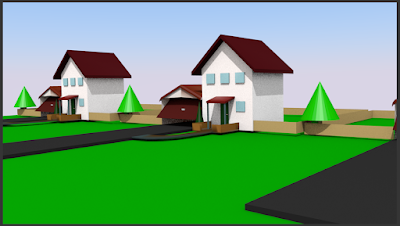 And this was something I made weeks ago when I first picked up blender. I think the first Pixar short movie in like.. 1986 looked better than this. haha. But I was just getting a feel for making shapes, placing them, moving the camera, and working with materials to colour different objects. Again - its all about the baby steps.

So there you have it, some of my first few 3D renders made with Blender! Go download it now for yourself and start making something. If you're like me, you'll find it way more fun than watching the TV!